Report: Steelers Lock Up Ben Roethlisberger Through the 2021 Season 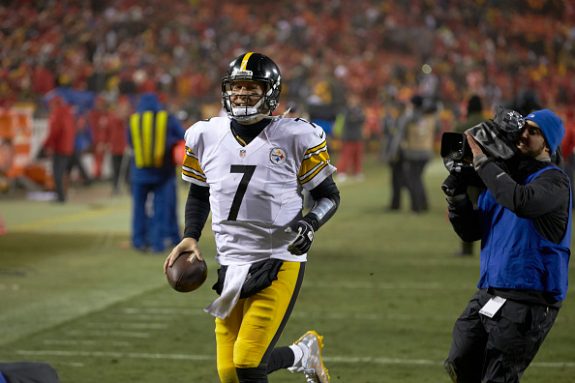 There was never much question on if the Steelers were going to give staring quarterback Ben Roethlisberger an extension or not, it was a matter of when would it get done.

With 24 hours left before the draft, it appears we have the answer.

ESPN reports that the Steelers are giving Roethlisberger a new two-year extension that will be added onto the one-year he has left on his deal.

The three years total will have him a Steeler for now through the 2021 season.

There’s no doubt that if you bet on football this season and are looking to lay some money on the Steelers, them having their franchise quarterback signed and sealed is a great sign that this team is still going to be good for a long time to come.

That deal included a $12 million base salary for 2019, which the Steelers have reworked as part of the new extension. Roethlisberger also earned a $5 million roster bonus on March 15.

No word yet on the money in this latest deal, but for now, the biggest thing is the team has their QB in place for three more seasons.

Check out the Complete 2019 Pittsburgh Steelers Schedule
Steelers Deal to Get Up to the 10th Pick, Take ILB Devin Bush to Help Out The D