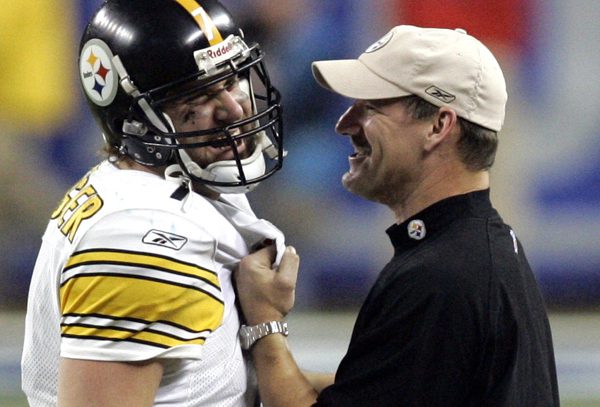 It took Bill Cowher quite a long time to finally reach his goal of leading the Steelers to a 5th World Championship.

The stoic former head coach known as ‘the chin’ will take his rightful place this season into the Steelers Hall of Honor, being the top of a class that includes wide out Hines Ward, tight end Larry Brown, and tight end Elbie Nickel.

“To be inducted into the Hall of Honor is a true honor,” said Cowher.

“The Steelers organization and the tradition is recognized as one of the best in the NFL. Football is the ultimate team sport. My 15 years was the collaborative work of players, coaches and support staff. Having grown up in Crafton, just four miles from Heinz Field, this is very special to me. I am truly humbled.

Brown caught a touchdown to seal the team’s first Super Bowl win over the Vikings back in January of 1975 in New Orleans.

“It’s a great honor,” said Brown. “I certainly feel appreciated. It was unexpected. To be recognized with so many great players and teammates is very humbling. I think all players know when you play, so many who worked hard, toiled and are dedicated don’t get recognized. When you get recognized it’s quite an honor.

“When I got the call from Art, I sat there and was reflective and though about it for a minute. I am still processing it. It’s greatly appreciated.”

Nickel is another legend who played tight end for the team, he was drafted in 1947 in the 17th round and played 11 seasons

The three-time Pro Bowl selection, served in the Army during World War II. He passed away in 2007 at the age of 84.

Ward was one of the greatest pass catchers in the history of the team, as well as one of the toughest players to ever wear a Steelers uniform.

He took on blockers and laid out defensive backs with big hits over his 14 years with the franchise which included him catching over 1000 passes.

The ceremony for the four new Steelers legends will take place on September 29th.