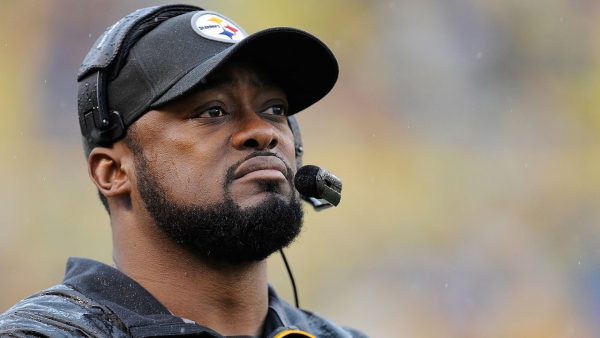 While the Steelers missed the postseason in 2018, the team evidently felt that coach Mike Tomlin did enough to earn a one-year contract extension through 2021.

The team announced the deal Thursday morning as the 2019 training camp gets ready to get rolling.

“Mike is one of the most successful head coaches in the National Football League and we are confident in his leadership to continue to lead our team as we pursue our goal of winning another championship,” said Steelers president Art Rooney in a statement.

The 47-year-old is the third-longest tenured coach in the NFL behind Bill Belichick and Sean Payton.

Now it’s time for him to prove his worth a lot more than ever, as 2018 exploded with Le’Veon Bell never reporting to the team, and then at the end of the year Antonio Brown and Tomlin got into it, which led to the team being forced into moving Brown to Oakland.

Beating the Cardinals in Super Bowl XLIII was the high point for Tomlin. Many feel that he shouldn’t have gotten this extension – but a successful 2019 will go a long way in changing a lot of people’s minds.