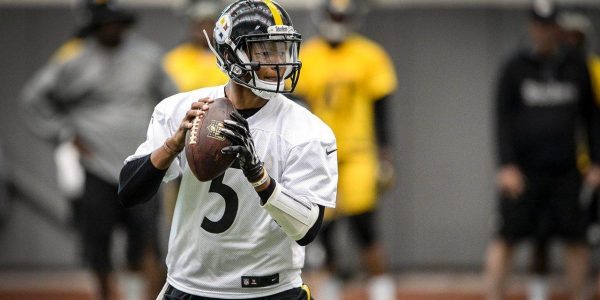 With the preseason opener about 48 hours away, today Steelers coach Mike Tomlin announced that Josh Dobbs will be the starting QB for the first August game against the Tampa Bay Buccaneers.

With Dobbs starting, Mason Rudolph will follow Dobbs with Devlin Hodges ready if he can get into the game late.

Ben Roethlisberger will not suit up for the opener.

Last season Dobbs went 6-of-12 for 43 yards and an interception in five games. Most of his time came in the team’s 24-21 loss to the Raiders late in the season.

Rudolph was a third-round pick last year and did not appear during the regular season.