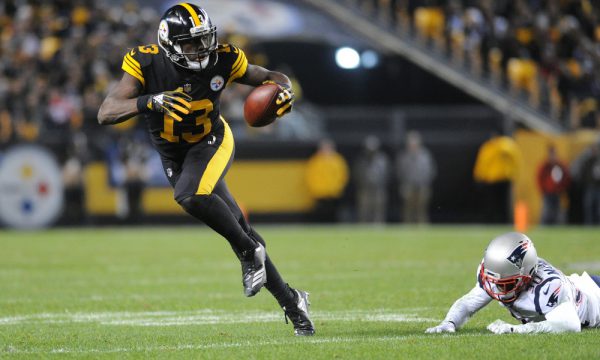 The Steelers are going to be without second-year wide receiver James Washington, as he will iss “a few weeks” with a shoulder injury according to Ian Rapoport.
Washington, a second-round pick out of Oklahoma State, was on his way to his best game in the NFL with three catches for 52 yards on six targets before suffering the injury in the third quarter of the overtime loss to the Ravens.

It was clear the wideout was more than just dinged up when he was spotted wearing a sling after the game.

Johnny Holton and Ryan Switzer figure to chip in as the third and fourth wideouts behind JuJu Smith-Schuster and Diontae Johnson while Washington is out and Donte Moncrief may actually finally be able to climb out of the Steelers doghouse, where he has resided as a healthy scratch recently.

Steelers RB Jaylen Samuels to Miss About a Month After Spraining His Knee
Steelers at Chargers: Three Keys to a Pittsburgh Win in Los Angeles