Steelers at Chargers: Three Keys to a Pittsburgh Win in Los Angeles 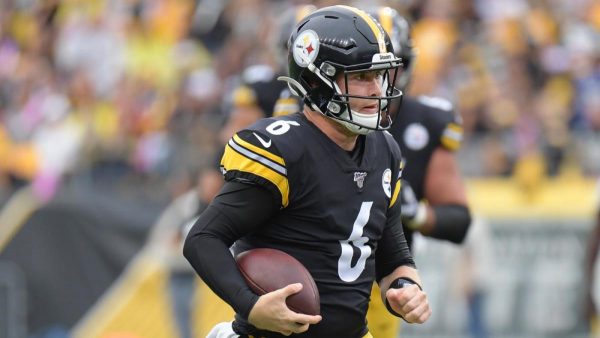 It’s six weeks into the 2019 NFL season, the Steelers have won one game, are on their third starting quarterback, but actually in the minds of a lot of fans are playing about as competitive as at any point in the last year and a half.

Yes it appears unless there’s a miracle on the horizon, this team is not going to see the postseason, but that doesn’t mean with 11 games left starting tonight there’s not a lot to play for – starting tonight in Los Angeles against the Chargers.

The Chargers have had the turmoil that the Steelers had a year ago, starting with a long holdout of star running back Melvin Gordon, who seems to have early on derailed the team’s start to the year.

Los Angeles is off to a tough start, having dropped three of their last four, including a home loss against the Denver Broncos last week, who came in without a win.

The Steelers put up a valiant fight against the Ravens last week – a game that hurt based on the fact they went to overtime and had the ball before a turnover derailed a change at a huge win that would have tied up the top 3 teams in the division at 2-3.

Now they need a win worse than ever, and there’s a chance on the prime time spotlight tonight to get it. Here’s three quick looks at what has to happen to get it done.

New Steelers starter Delvin Hodges looked just fine last week taking over for Mason Rudolph, and it wasn’t his fault the team couldn’t get the winning score in overtime.

With a week basically knowing he’ll be the starter, there’s a sense of excitement to see what this young gunslinger can do if given the chance to open up the offense a bit.

Getting the run game off to a nice start will only help Hodges to be able to get comfortable in the pocket with a chance to throw the ball downfield.

Rudolph seemed hamstrung in his first start at San Francisco a few weeks back, let’s hope the handcuffs are off Hodges early.

Bolts QB Philip Rivers has had plenty of success against the Steelers throughout his career, and again last season he stepped up in a huge game after the Steelers seemed to have everything going their way in a Sunday night matchup at Heinz Field.

How good is Rivers in his seven games against the Steelers? How about 15 touchdown passes, and in his last two games against Pittsburgh, Rivers has completed 72 percent of his passes for 664 yards and four scores.

So how do you knock the ‘future Hall of Fame QB’ (according to Mike Tomlin this past week) off his game? Pressure, hit, and try to create some turnovers.

The killer last week was a fumble in overtime that gave the Ravens (with Justin Tucker automatic at kicker) an easy chance at the win to crush the Steelers.

Winning on the road, no matter where, is never easy if you’re going to give up the ball and commit silly penalties.

It’s two monster factors to why this team is 1-4 and not say 2-3 or even 3-2. The club has got to stay focused and continue to try to avoid the simple mistakes that will kill a team when playing on the road.