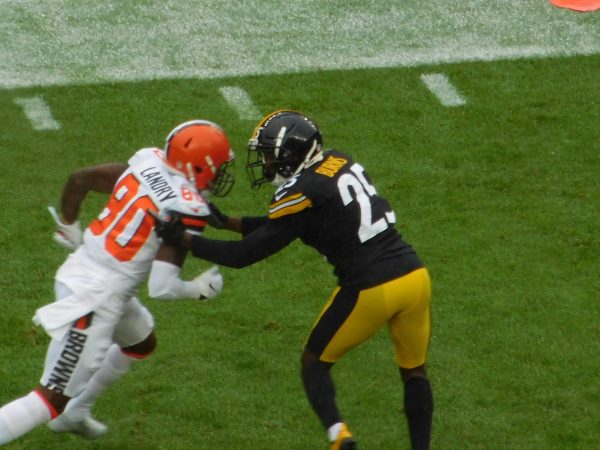 The 2019 Pittsburgh Steelers season has gone about as unplanned as any in franchise history.

If you would have been betting that the team sits on October 16th with a 2-4 record, having lost their franchise and (at least for now) backup quarterback, and also having already made a huge deal trading away their first-round pick to the Miami Dolphins for Minkah Fitzpatrick, you could have collected quite a bit on the deal.

The gut-wrenching loss at home to the Ravens two weeks back is now in the past, and this past week the defense took another big step forward in a seven-point road win over the Chargers in Los Angeles, in a game that was more like a home game for Steeler Nation.

With the bye week upon the team, it’s time to take a look at the next quarter of the season, four games that feel like they can go either way, and four games that will very much define their season.

The Fins stink, a team that has yet to win a game and it doesn’t look like a win is coming anytime soon.

The Steelers at home on a Monday night should be able to take care of business, and don’t be surprised if you see Fitzpatrick get in a couple hits and maybe even a big play or two against his old team.

The Colts were stunned when franchise QB Andrew Luck retired prior to the season, but have actually played about as well as anyone could have imagined with Jacoby Brissett under center.

The game feels like a trap game, as the Steelers will be coming off a short week after the Miami Monday night game, and can’t allow themselves by any means to sit back and think they can throw their helmets on the field and beat the Colts.

The defending NFC Champs invade Heinz Field in an early November game that hopefully will have some weather involved to slow down the Rams.

Los Angeles is getting pushed by the Niners in the NFC West, and they made a huge deal on Tuesday to get cornerback Jalen Ramsey.

This should be a great test for a Steelers defense that is getting better week to week.

The Browns were the darlings of the NFL heading into the season, but so far have not exactly lived up to the hype, going 2-4 and losing a couple games badly.

Baker Mayfield leads the league in picks so far with 11, and with the Steelers defense playing a lot of takeaway early in this season, it could line up to be a good night for the Steelers D.

Add the fact that this team just looks more focused despite the injuries, and the Steelers can make a big statement again on National TV.

Steelers at Chargers: Three Keys to a Pittsburgh Win in Los Angeles
Ex-Steeler RB Le’Veon Bell Claims the Steelers Called the Jets About a Possible Deal for the RB