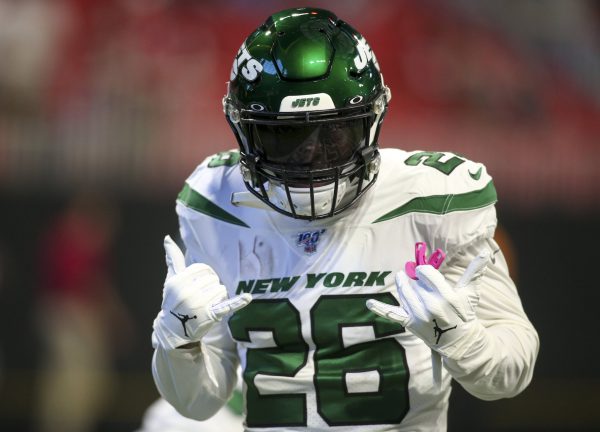 The Steelers didn’t do anything at the trade deadline on Tuesday, but according to one former black and gold running back, they had interest in bringing him back.

At least that’s what he says.

Le’Veon Bell, who sat out the entire 2018 season because he didn’t want to play for the money the Steelers were offering, said via the Pittsburgh Post-Gazette that the Steelers were one team that had interest in a trade with the Jets to re-acquire his services.

Bell stated on his Sirius Radio podcast “17 weeks” — which he co-hosts with Bills receiver Cole Beasley and Rams cornerback Jalen Ramsey, that the Steelers were one of four teams, that called the Jets about a possible trade.

“I found out through my agent he had talked to the Jets and there were teams like Houston, the Packers, the Kansas City Chiefs and, surprisingly, the Steelers were all in the mix in trying to trade for me,” he said.

It’s hard to think that the Steelers, after the disaster that was trying to deal with Bell in 2018, would want anything to do with him, as well as with the success that James Conner has brought to the running back position.

It sounds like a case of Bell’s agent, Adisa Bakari, likely selling his client a bill of goods, as it’s just not the way the Steelers would do business to deal with a player who less than a year ago refused to play for the franchise.

Steelers RB James Conner Named the AFC Offensive Player of the Week
Conner Misses Another Practice; Looking Like Samuels Will Be Sunday’s Featured Back