Conner Misses Another Practice; Looking Like Samuels Will Be Sunday’s Featured Back 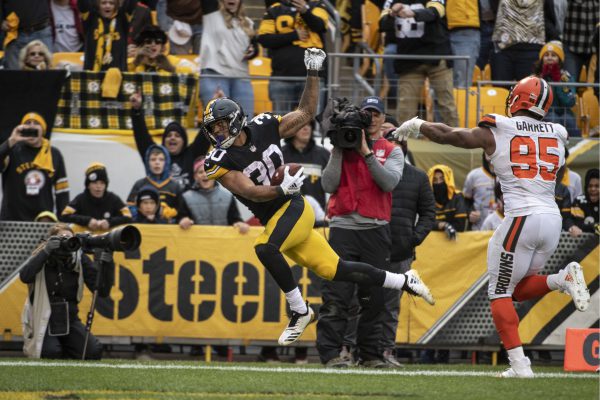 Steelers running back James Conner remained sidelined at practice on Thursday according to Brooke Pryor of ESPN.

Conner is dealing with a sprained AC joint in his shoulder. Mike Tomlin expressed optimism earlier in the week that the talented third-year back would be able to play through the injury and has said that Conner would not need to get in a full week of practice to suit up in Week 9.

Pryor, however, says that it is looking increasingly likely that both Conner and rookie running back Benny Snell will miss Sunday’s game against the Indianapolis Colts.

That would leave second-year back Jaylen Samuels as the primary running back against the Colts. Samuels has not played since undergoing a knee scope after Week five but Tomlin has proclaimed him “ready to go” and he has practiced in full since last week.

We will know more after Friday’s practice but it would seem that Conner would need to get in at least a limited session to have a chance to play Sunday.