Steelers Toying with the Idea of Adding Owens? 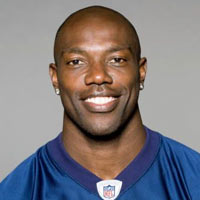 We reported last week about the Steelers and the idea of bringing in former 49ers, Eagles, Cowboy and Bill wide out Terrell Owens.

Seems that at least according to one source, there is some interest on the part of the Black and Gold. Mike Florio over at Pro Football Talk says that the Steelers have toyed with the idea about bringing in Owens, serving as the replacement for Santonio Holmes.

Here is what PFT said about the Steelers and Owens:

Steelers: Believe it or not, some within the organization have at least pondered the possibility of Owens serving as a one-year transition from Santonio Holmes. Still, it would be a shock if the Steelers would pull the trigger.

Others on the list include: Tennessee Titans, Chicago Bears, Atlanta Falcons and Indianapolis Colts.

So once again, I ask of you, do you think that Owens would be a fit for the Steelers? If so, would he be able to keep his mouth shut and be a productive part of the team?

Scouting the Enemy: #10 in the AFC – Denver Broncos
Woodley “Disappointed” the Steelers Have Not Given Him a New Deal