Scouting the Enemy: #6 in the AFC – New England Patriots 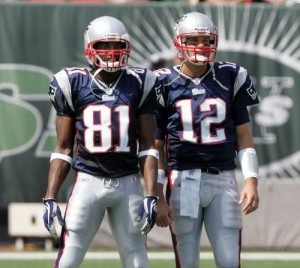 The Good – They are still the Patriots, a team that has marquee players like Tom Brady and Randy Moss, and they are still a team that finds ways to win when they don’t play their best game.  With Bill Belichick still on the sidelines, you cannot overlook this team, despite the fact the word “decline” and “rebuild” have been used a lot lately when it comes to them and this season.

The Bad – The defense needs to get young, and the other big question is Wes Welker, a player that the offense needs to be as close to healthy as possible if they are going to make a run at the AFC East.  The team has been passed up by the Jets, and teams love to see the Pats on the decline, so don’t look for teams to take their foot off the gas when they play New England and get ahead.  The run game also is not that good, which puts more pressure on Brady to make big plays all day in the passing game.

Steeler Connection – The clubs meet on a Sunday night on November 14th in Heniz Field, the first time they have met there since early in the regular season in 2005.  The game could go a long way in settig up the AFC as far as the playoffs go, and both teams will be in the thick of the things when it comes to challenging teams in their division.