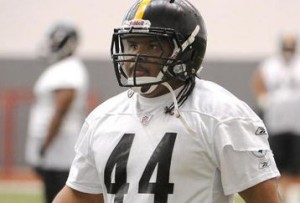 The Steelers official site has given us all we need to know in terms of what players were shown the door today:

The Steelers finalized their regular season roster today when they released 11 players to reach the NFL’s 53-man limit.

Can’t say that any of these are much of a shock, Burnett, Hartwig, Logan and Summers are the biggest surprises if there are any. Summers was supposed to be that fullback the team wanted to help open holes, but it just didn’t happen.

The hardest cut had to be Justin Hartwig, but with Maurkice Pouncey taking the starting center job out of nowhere, cutting Hartwig and his $3 mil was the only answer left.