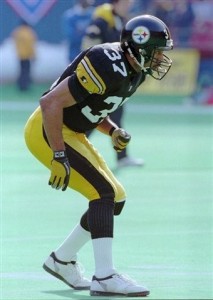 Remember Carnell Lake? If you’ve been a Steelers fan since the 90’s, you remember Lake as a hard hitting safety as well as a guy that moved to cornerback when injuries hit the team for two seasons.

Well, Lake was interviewed for the Steelers vacant secondary coach job Wednesday, according to the Pittsburgh Post-Gazette. The five-time Pro Bowler had 25 sacks, 17 fumble recoveries and 16 interceptions during 10 seasons with the Steelers from 1989 to 1998.

He also spent one season each with the Jaguars and Baltimore. The secondary spot has been open since Ray Horton left to become the Cardinals defensive coordinator.