Mendhall’s Tweeting Again; And Rooney’s Putting the Fire Out 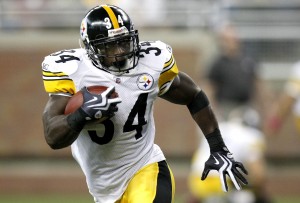 Steelers running back Rashard Mendenhall is at it again on Twitter, throwing out some real head scratching random comments after Sunday night’s announcement of the US killing of terrorist Osama Bin Laden. Here’s some of the tweets that Mendenhall threw out Monday night.

“We’ll never know what really happened. I just have a hard time believing a plane could take a skyscraper down demolition style”

“I believe in God. I believe we’re ALL his children. And I believe HE is the ONE and ONLY judge.”

“Those who judge others, will also be judged themselves.”

“For those of you who said you want to see Bin Laden burn in hell . . . I ask how would God feel about your heart?”

Now we know that Mendenhall has opened up in the past, after all, he was the one that compared the NFL lockout to slavery. He’s bound to get plenty of heat for his latest comments, and Steelers president Art Rooney II quickly came to task Tuesday, stating the following about the comments of Mendenhall.

“I have not spoken with Rashard so it is hard to explain or even comprehend what he meant with his recent Twitter comments,” Rooney said in a statement released by the Steelers. “The entire Steelers’ organization is very proud of the job our military personnel have done and we can only hope this leads to our troops coming home soon.”

More Than Ever, Inking Ike Taylor Becomes Critical for the Steelers
Backtrack: Mendenhall Says He Was Trying to “Generate Conversation”