McFadden on Waiting Around, Coming Back, and the Flag Issue 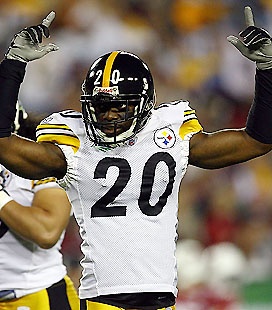 Just like for any other veteran, this offseason has not exactly been like any other in recent history. Most vets have had to work out on their own to keep in shape, any many have attended some type of team workout when they have been held.

For Steelers CB Bryant McFadden, he’s been down in Orlando, FL working out, keeping in top shape for the day that the call comes that the lockout is over and he’s heading back to work in a black and gold uniform.

“It’s been a little different,” McFadden told Steelers Gab on Monday in an exclusive interview. “We’re all just waiting around, nothing is set for training camp, normally we would already know dates and have a schedule, so in that regard it’s different.”

McFadden commented on the fact that players have not been talking to coaches since the lockout began back in early March. Tampa Bay coach Raheem Morris says he talks to players all the time, but McFadden wasn’t so ready to say that he’s been in talks with anyone like Mike Tomlin or Dick LeBeau.

“There’s for sure a lack of communication between us (players) and coaches,” McFadden said. “Before you could just pick up and phone anytime and call the coaches, now it’s different since we can’t do that. Everything’s in shut down when it comes to talking to them.”

In his first year back for the Steelers, McFadden played in all 16 games and the three postseason games, making 82 tackles with 2 sacks and two interceptions. He also forced a pair of fumbles and had 10 passes defensed.

McFadden says that the deal to bring him back to the Steelers was a shock. “It came out of left field,” he said. “After a couple hours though it brought a smile to my face to come back to the place where I started.”

He knows that last season the team ended short of their goal of bringing a seventh Super Bowl title to the Steel City, as the team fell to the Packers 31-25 in Super Bowl XLV in Dallas. Another big offseason issue are the rule changes that the league is making that some flat out think were done to stop the Steelers hard hitting defense.

Players like James Harrison and LaMarr Woodley have come out against the rule shifts, and McFadden says that it does seem a bit odd that on a lot of Sunday’s last fall the guys in stripes were quicker to throw flags against the black and gold.

“Some Sunday’s it seemed like we couldn’t catch a break,” McFadden said. “It’s a tough situation, we don’t want to feel pinpointed. It does seem like a coincidence that the flags were always against us. We’ve been taught as players our whole life to play hard and physical, but that’s how the game is revolving. We just have to be aware of the flags.”