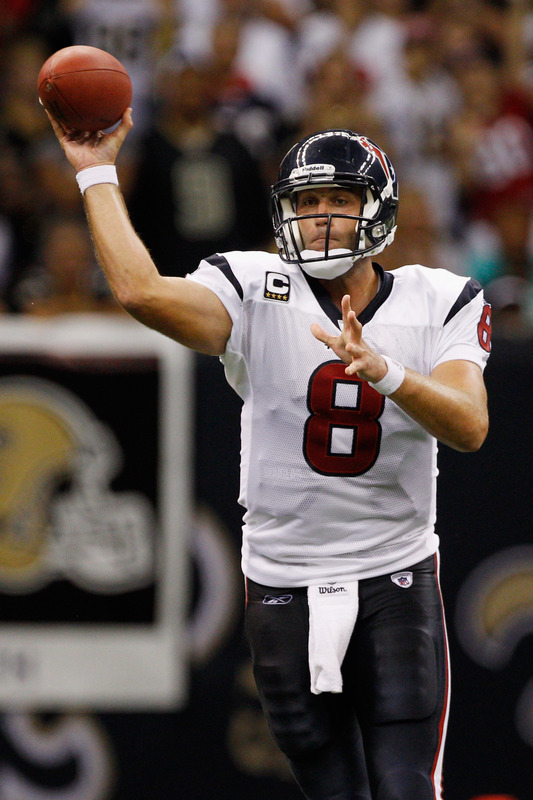 It’s week four, and the Steelers are in the midst of playing four games in a row against the AFC South. This week they go to Houston, to take on the 2-1 Texans who are going for broke in 2011, hoping to finally make the postseason. The Steelers are banged up, but are hoping that they can head to Houston and get the job done.

1. Play Action – The Steelers and Ben Roethlisberger have gotten huge chunks of yards with the play-action this year, as Mike Wallace has six straight 100 yard plus games, and a lot of that is off the play action. Last week they ran Rashard Mendenhall just enough early to get the play action going, and that’s when they hit the 81-yard play to Wallace. Right now with the way the O-line is being banged up and all, they need to find a way to give Ben time in the pocket to throw, and play action seems to be the best way right now.

2. Turnovers – Hard to believe, but last week against the Colts the sack/strip/TD for James Harrison and then Troy Polamalu was the first turnover the Steelers have had in 2011 so far. The Texans are not prone to having some balls either hit the ground on the run game or if they can get Matt Schaub to throw a few their way, that would be a great way to shorten the field. Somehow, someway, the Steelers need to find a way to get some possessions, and to keep the ball themselves from going over to the Texans.

3. Use some different looks to run – Can’t run up the middle? Can’t run sweeps? How bout some draws and different looks to try and get the ball in the hands of the running backs? Right now the running game averages an uncharacteristic 85.7 yards a game, including 3.2 a carry, and last week against the Colts, they did nothing to make you think that was going to change. There’s no way this season that Ben is going to stay on the field for 16 games if they don’t find a way to use Mendenhall more. Bottom line – find a way for the O-line and the run game to get it done, even if it means going out of the norm.

Prediction – Do not like the feel of this game whatsoever. The team is going to have to get help for Ike Taylor on Andre Johnson, and that means Polamalu won’t be racing to the line as much as he did last week against the Colts. The run defense has allowed near 100 yards a game over the first three weeks, and the offense seemed to sleep walk through the final 45 minutes against the Colts. Add in the injuries up front, and you have what could be a long day in Houston. Unless they find a way to do as stated above, this team is going to be 2-2 come Sunday night. Texans 27 Steelers 21

Farrior Gets Nailed for $15,000 For Hit on Collins Sunday Night
Steelers at Texans Week Four Inactives