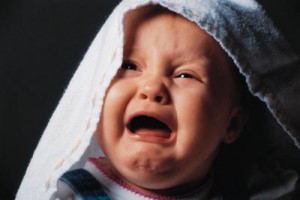 Ah yes, seems that all Steeler fans favorite coach, Ravens coach John Harbaugh, was quite peeved on Sunday night over the music section at Heinz Field.

NFL.com reports that Harbaugh wasn’t happy with the playing of Lynyrd Skynyrd’s song “What’s Your Name” showing an image of Flacco. Of course it also had Ben Roethlisberger on it as well, but why would that moron of a coach notice that?

Anyway, here’s the rest of the story as written by NFL.com

Before Baltimore’s game-winning, 92-yard drive late in the fourth quarter, the Jumbotron at Heinz Field flashed an image comparing the stats of Ben Roethlisberger and Joe Flacco while the Lynyrd Skynyrd song “What’s Your Name” blared from the public-address system. The chorus of the 1977 hit begins with, “What’s your name, little girl?”

That angered Harbaugh, who was bothered enough by the presumed insinuation that his QB was female that he later pulled aside a Baltimore Sun reporter to point it out.

This seems like a leap in logic by Harbaugh, but beyond that, we find it incredible that he processed this during the biggest moment of his team’s season. When asked about Skynyrd-gate, Flacco was amusingly clueless.

“I have no idea what you’re talking about,” the quarterback told The Sun, genuinely confused. “They were playing a song?”