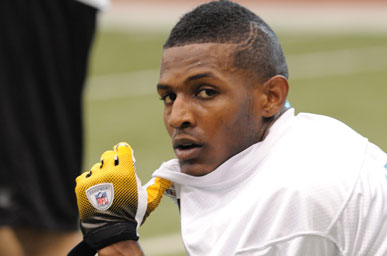 There’s some good news on the Mike Wallace front, as Jason La Canfora of CBSSports.com reports that there is progress being made between the unhappy WR and the Steelers.

Wallace hasn’t been around this offseason, as he did not ink his one-year restricted free agent tender offer of $2.7 million.

All along Wallace has talked about holding out of camp and wanting a mega deal to come back to the Steelers in 2012. He lost some leverage when no team made him even an offer on the restricted free agent market this spring.

The sides are expected to keep a “steady pace” in talks until training camp starts.