Steelers Announce Ticket Info For Game In London Next Season 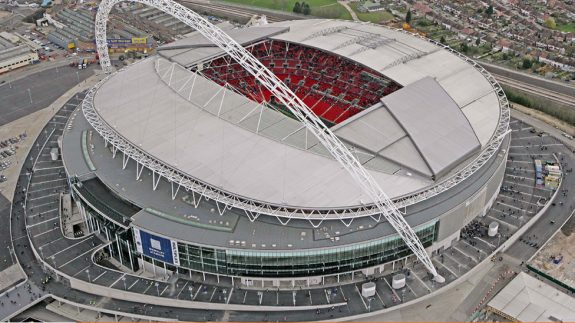 The Steelers have sent out an email to season ticket holders about their game next season in London vs the Vikings.  Below is the ticket info for the game along with prices.

We are looking forward to our first regular-season International game as the Steelers travel to historic Wembley Stadium in London for a matchup against the Minnesota Vikings on September 29, 2013, at 6 p.m. London time. It is sure to be an exciting time and we want to make sure you have access to tickets should you wish to make the trip and represent Steelers Nation in London.

Individual game tickets for the 2013 NFL International Series will go on sale starting this Thursday, January 10, at 5 a.m. ET (10 a.m. local London time), through Ticketmaster UK at www.ticketmaster.co.uk/nfl. Ticket prices range from £35 British Pounds (GBP) to £149 British Pounds (Note: At this time at the current exchange rate, the prices in American dollars would be approximately $56 to $240 per individual ticket, depending on the seat location).

For more information on Wembley Stadium, please visit www.wembleystadium.com.
We hope to see many of you in London in September as we fill Wembley Stadium with the best fans in the NFL!
Pittsburgh Steelers Ticket Office
Related TopicsWembley Stadium