Should Sanders Stay or Go? The Steelers Are On The Clock 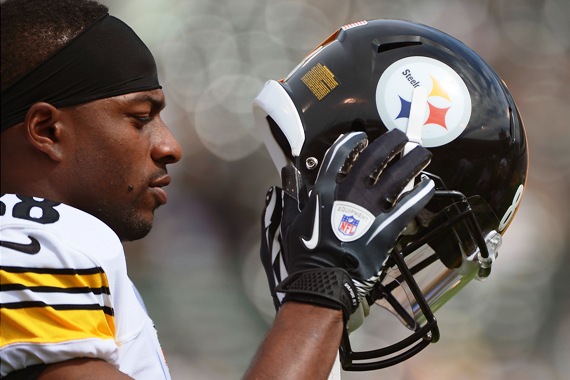 Emmanuel Sanders signed an offer sheet with the New England Patriots. It has been reported that it is a one-year offer worth 2.5 million. The Steelers could easily match this offer. The question now becomes will the Steelers match the offer?

The Steelers now have until Sunday to decide if Sanders is in their future plans or if they would prefer a third round pick  (91st  overall) from the Patriots.

Emmanuel Sanders has been a solid wide receiver for the Steelers.  Sanders has 94 catches for 1290 yards and 5 touchdowns in his three-year career.

He has started eight games and played in a total of forty. Sanders had his best season last year with 44 catches for 626 yards and one touchdown.

Sanders has had a history of foot problems in his career. He has had multiple surgeries but seemed fine last season.

”We’ll wait to see what fits. If a player makes sense, if we think he is a better player and we can make it fit financially , then we will investigate. There are really no limitations on looking for other guys.”

The Steelers did bring in wide receiver Steve Breaston for a look recently and he has played for offensive coordinator Todd Haley before.

So is Sanders a part of the Steelers future plans or do they feel they could use the draft pick  and  get a free agent of the same value?

Sanders would become an unrestricted free agent next season unless he signs a long-term deal soon. The Steelers would probably lose him in free agency next season and receive nothing in return if that’s the case.

We will soon know what the Steelers thoughts are. What are yours?

Feel free to comment , we want to hear from you!