Pressure is on the Youth Early in Camp 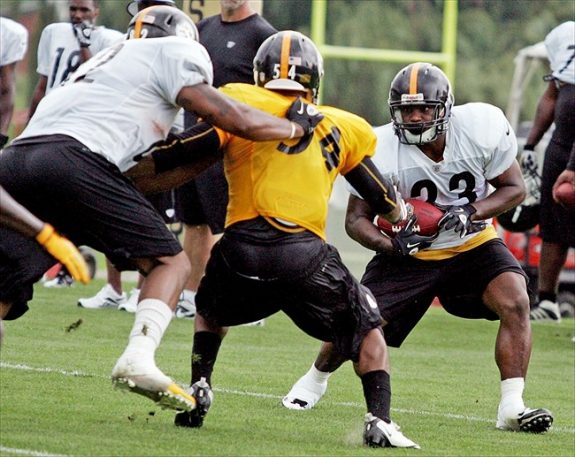 Over the past few seasons, the Pittsburgh Steelers have been labeled as an old football team in the National Football League. In the last two seasons, the black and gold have lost a lot of leaders and old veterans but have replaced them with good youth to remain as a strong competitor. Now that the majority of the team is quite young, the coaches and vets are relying on them to get back where they usually are at the end of the season.

Linebacker’s coach Keith Butler told the press after practice concluded on Monday that the grueling and physical practices early are because of the youth on the roster.

“We feel like we need to because of our youth,” said Butler.

For the rest of this article, check it out on Steelers N Stuff. At Steelers N Stuff, we bring quality Steelers news, views, and opinions to Steeler Nation! Read more > http://steelersnstuff.com/2013/08/06/pressure-still-weighs-on-youth-of-team/

Steelers Defense To Have A New Wrinkle In 2013 – More DE’s Rushing The QB
TE Spaeth Leaves Practice With Injury; Later With Ice Taped To Foot