NFL To Look Into How To Make Preseason Games Better 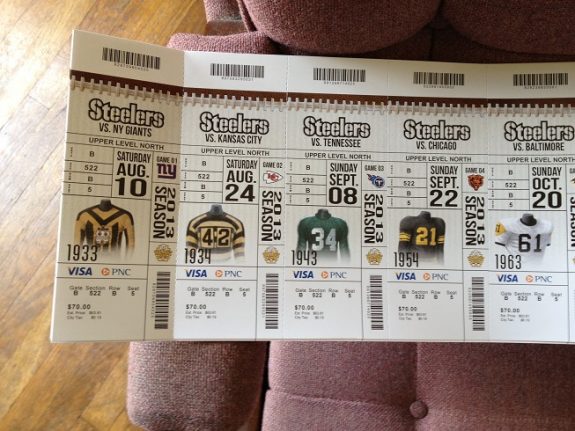 It’s a story every year when preseason games start and stadiums that for regular season games around the league are half filled for.

The NFL is finally going to start looking at that, and a league source said Wednesday they will look at this years preseason games to try and offer a better product on the field.

NFL Commissioner Roger Goodell knows that it’s not fair to have fans paying $40-$50 to watch starters on teams play here in week one somewhere between 1-2 series, or at most a quarter.

The talk remains about going to an 18-game season, but players and the union are clearly against it.

The report says the NFL will look at how much starters play, how the lineups are configured and fan reaction, particularly with the fourth and final preseason game.

The NFL still is looking at different formats for the split of regular-season and preseason games — 18-and-2, 16-and-2 or 17-and-3. The league will examine this year’s preseason to figure it out.

The NFL will look at such things like just how much starters play, how the lineups are configured and fan reaction.

That’s interesting, considering that when the league puts the pressure on teams to do something, they usually find a way to get it done.

Here’s an easy solution to not tick the fans off totally from the preseason – make the ticket prices to the preseason games either half price, or give them away for free to people that don’t get to go to a high priced regular season game.