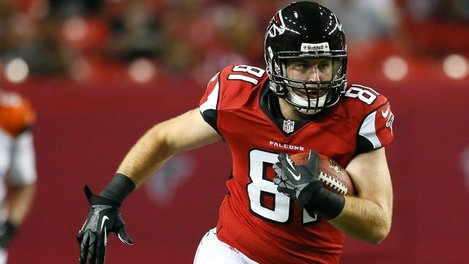 With the injury to TE Matt Spaeth, the Steelers have claimed TE Michael Palmer off waivers from Seahawks.

Seattle released Palmer on August 6th after he was signed by Seattle on July 23rd after spending three seasons in Atlanta.

Palmer put up 21 catches for 123 yards in his time with the Falcons, mostly being a blocking TE.

With Palmer aboard, the Steelers released TE John Rabe.