No TE’s Coming In – Could Miller Be Closer To Coming Back? 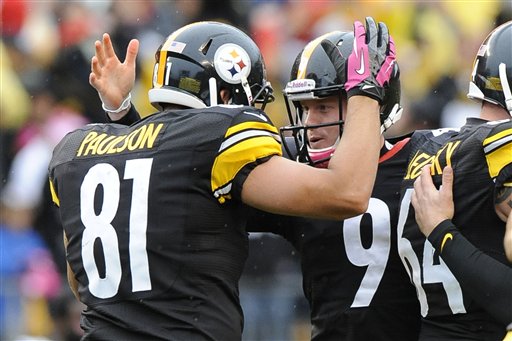 Injuries to Steelers TE have the team thinking about options, but according to the Post-Gazette, the team is going to sit with last season 7th round pick David Paulson as the starter for now.

That could mean that TE Heath Miller is closer to getting back on the field in a full-time role more than the team is letting on.

Miller remains on the PUP list, and right now on the roster you have Paulson, Michael Palmer, Jamie McCoy, Peter Tuitupou, and Nathan Overbay.

If the team is going to get Miller back, they have to make sure he’s not trying to do it too soon.

Matt Spaeth is out for an extended amount of time, but Mike Tomlin said they do think at some point he could be back on the active roster.

“We’ll keep him alive and see what the timetable is for him,” Tomlin said. “I’ll probably get more clarity with that over the next couple weeks.”

The position is key to the Steelers, while they don’t feel the need to go out and get a TE now, if Miller doesn’t get closer to returning, they may need to go get a player – like the Ravens did with Dallas Clark.