Is Polamalu Back To The Form Of One Of The NFL’s Best Defensive Players? 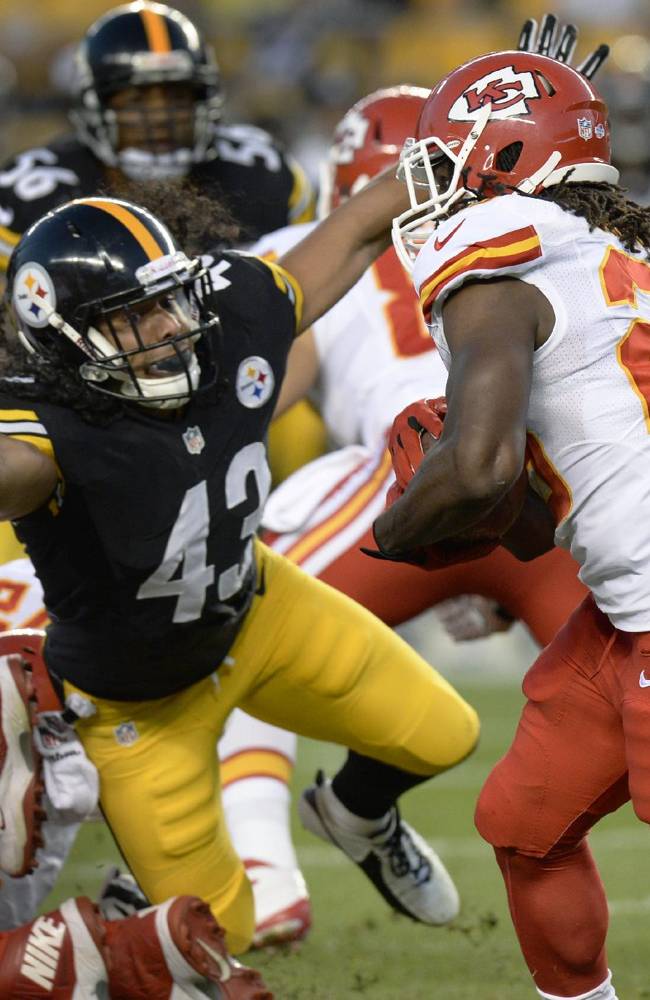 That guy you have seen the last three weeks of preseason flying around with the long hair wearing the number 43?

Yeah, that guy is back.

Troy Polamalu, a season removed from playing just seven games with a calf injury, has looked great so far, and it’s something the Steelers D has missed big time.

Polamalu has looked liked the player that led the Steelers defense to the Super Bowl back in 2010, the same season that he took home the award for the NFL Defensive Player of the Year.

Bottom line, the Steelers need him, he’s maybe the biggest piece of Dick LeBeau‘s defense when it comes to causing chaos to another team and confusion to the opposing QB.

“He looks good, man,” safety Ryan Clark said to the Post-Gazette. “He’s healthy, he’s been able to practice every day.

“He’s running well, his weight is down, I think that is what’s the most important thing, him being in position to stay healthy.”

Last season when Polamalu did play, he had 43 tackles, and one sack. Compare that with two seasons ago, he played in all 16 games, and had 91 tackles, a sack and two interceptions.

His presence on the field has been a welcome sight, and you can see the intensity for Polamalu when he laid a hit on the Chiefs 6th drive of the night Saturday on KC starter Alex Smith.

With no James Harrison, it will be up to Polamalu, despite him being soft spoken and even praying after every play, to set the tone for a defense that needs a chip on their shoulder to reach the next level and get the Steelers back to the post season season in 2013.

Steelers Make Roster Moves To Get Roster Down To 75
Tomlin Rules Out Four Players For Thursday; Jones To Play Plenty At QB