Tomlin Rules Out Four Players For Thursday; Jones To Play Plenty At QB 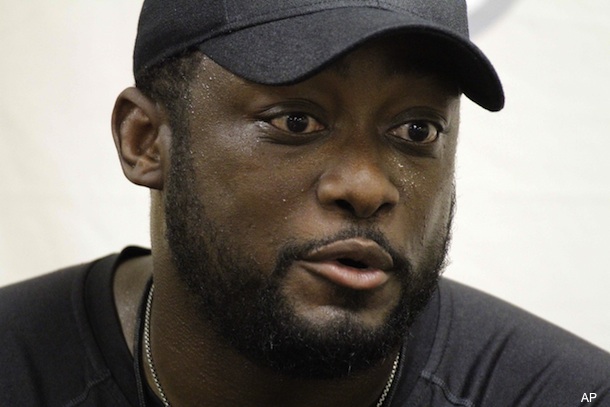 Steelers head coach Mike Tomlin today spoke to the media as the team gets set for its final preseason game Thursday night when they head to play the Panthers.

The coach ruled out the following players:

The coach also said that Landry Jones will get most of the playing time at quarterback. As far as the running backs go, Jonathan Dwyer, Felix Jones and LaRod Stephens-Howling will get long looks and most of the carries.

Tomlin said that so far he’s not been pleased with the play of the special teams, a unit that has allowed a blocked field goal, a blocked punt and a kickoff return for a score in three games.

He also said that the play of young backup linebackers on special teams Thursday will go a long way in trying to figure out who in fact makes the Steelers final roster.

Final cutdown day for the league is Saturday.

Is Polamalu Back To The Form Of One Of The NFL’s Best Defensive Players?
Position Battles Await The Steelers In Final Preseason Tuneup