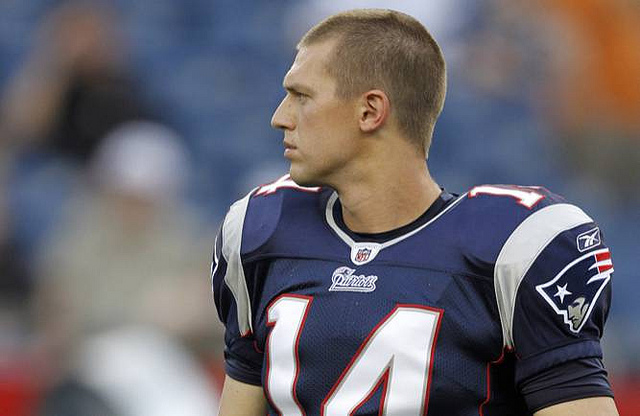 Despite winning the punter battle with Brian Moorman in camp, the Steelers Monday pulled a stunner of a move on Monday, inking former Patriots punter Zoltan Mesko and waiving Drew Butler.

The move came to days after Mesko lost the punting job in New England, and the Pats instead went with undrafted punter Ryan Allen, though many felt it was a money move by the Pats.

Mesko had gross and net punt averages of 43.1 and 37.9 yards in the 2012 season. He’s a solid guy that should give the Steelers more stability in the special teams category, an area that has been a major concern.

Special teams coach Danny Smith will have six days to get Mesko ready to punt vs the Titans at Heinz Field Sunday in a game that is key for a team that needs to get going after an 0-4 offseason.

Count David Todd of 970 ESPN in Pittsburgh as someone that likes the move.

Zoltan Mesko an upgrade over Drew Butler. An opportunity to upgrade. Why not do it. LIke the signing for the #Steelers