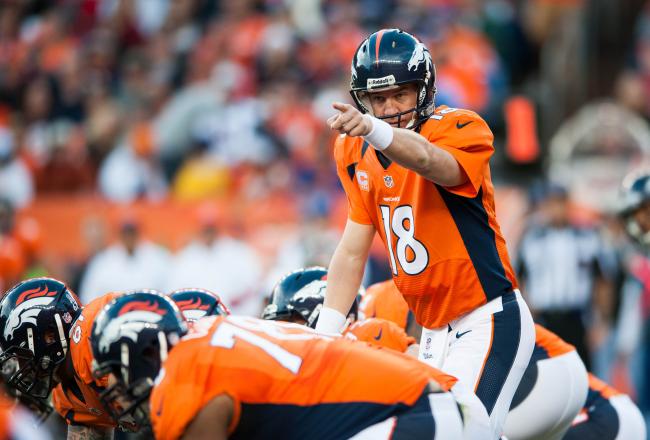 The season starts with an AFC West team on Thursday in the Denver Broncos, and once again they should win the division with a great QB and a defense that is better than many have felt.

Today in our Division Previews we will take a look at the AFC West, checking on the Broncos as well as the other three teams that will fight it out for second.

Peyton Manning and the Broncos should breeze through this division, and it would not be a shock to see them go 6-0 against their West foes.

The question will be can they get past the other foes in the AFC and not choke like they did a season ago vs the Ravens?

Kansas City will have a new look with Andy Reid, but while they have a solid young roster, they are still going to have to play with a young defense, and a unit that on offense will have to get use to new QB Alex Smith.

As far as the Chargers go, they now have Mike McCoy as the head coach, but really could be in for a long season as the team takes a step back from even a year ago, another non-playoff season.

Phillip Rivers has to be frustrated with the lack of support around him and the team still doesn’t have a strong running game to help him. As for the Raiders, Terrelle Pryor was awful vs the Seahawks as the starter in the final preseason game, but somehow beat out Matt Flynn for the starting job.

That’s really all you need to know about the Raiders, a team that will have QB issues all season.