Jarvis Jones To Start At OLB For Steelers Monday Night 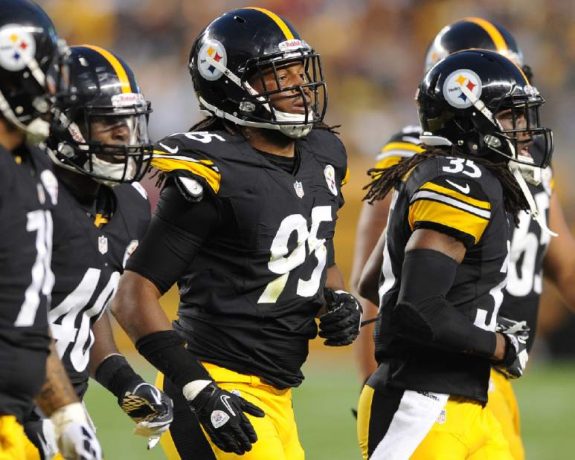 The Steelers next big thing is ready to go, as first-round pick Jarvis Jones will start opposite LaMarr Woodely at outside linebacker on Monday vs the Bengals.

“That’s the way it is right now,” Jones said after practice to the Post-Gazette. “As long as I continue to keep doing what I’m doing, I hope it stays like that.”

Jones has been making plays all preseason and made one of the few memorable plays on Sunday vs the Titans in the 16-9 loss, so it’s a good decision to get him on the field as much as possible.

The play took place when Jones slammed Chris Johnson on a run play, stopping him for a 2-yard loss.

Jason Worilds will still play Monday night, but will start the game on the bench for the Steelers.