Traffic and Parking Details For Steelers SNF Vs. The Bears 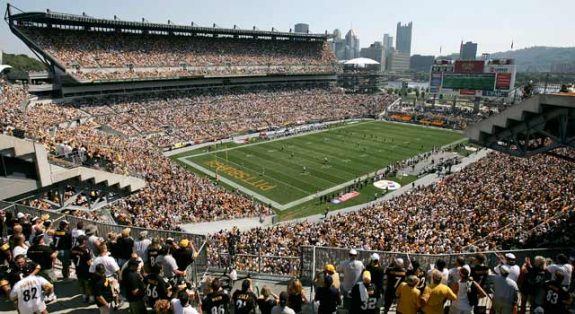 The Steelers are encouraging fans to arrive to the North Shore after 6 p.m.  Fans will not be permitted into their pre-sold lots until this time, unless they purchase parking for the Pittsburgh Pirates game earlier in the day.  To allow free-flowing traffic patterns between the Pirates and Steelers games, ramps and inbound traffic patterns will be closed until 6 p.m. around both stadiums on the North Shore campus.

The following are a few of the traffic restrictions that will be in place for the Steelers game:

If fans arrive on the North Shore prior to 6 p.m from various parking lots around the Downtown area, the are encouraged to visit Stage AE prior to entering the stadium to participate in the Official Tailgate Zone of the Pittsburgh Steelers where many great prizes will be given away.  Admission is free and the doors will open at 4 p.m.