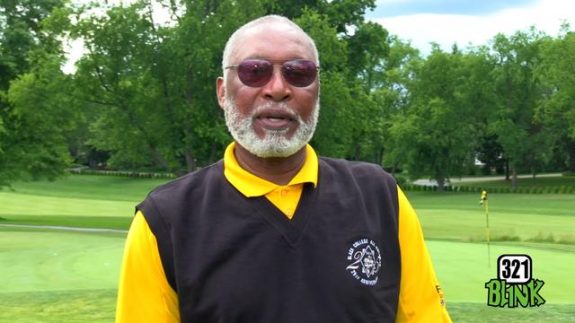 While the Steelers are off playing in London, back at home today one of their all-time greats has passed away.

Steelers legend L.C. Greenwood, who was part of the famed ‘Steel Curtain’ has died from natural causes.

Greenwood was 67 years old. He is the third member of the Steel Curtain to pass away – Ernie Holmes and Dwight White being the other two that have passed.

Here’s our chapter on Greewood from the book “100 Things Every Steelers Fan Should Know Before They Die.”

L.C. Greenwood was maybe the quietest member of the Steelers’ famed Steel Curtain, but in a way he was also the loudest. He and John “Frenchy” Fuqua would show off their style on Fridays in the locker room during the Steelers’ glory years of the 1970s.

Greenwood, who was known for wearing bell-bottoms, funky hats, and even capes, always won. But his flamboyant style off the field said little about how good Greenwood was as a player on it.

L.C. Henderson Greenwood was picked by the Steelers in the 10th round of the 1971 draft, just as the team was starting to climb out of the depths of the NFL. He quickly cemented himself on the team, becoming the starting left defensive end on the Steel Curtain. He stayed on that line until he walked away from the game in 1981. Known for his quickness, Greenwood put up some impressive career highlights, including six Pro Bowl selections, two All-Pro selections, four Super Bowl victories, 73.5 career sacks, and five sacks in four Super Bowls.

What made Greenwood stand out other than his play on the field were the shoes he wore. His gold shoes were his signature, a staple that followed him his whole career. Those gold shoes could be seen every Sunday making tackles and sacking quarterbacks. Before the shoes, the P.A. announcer often would incorrectly credit another Pittsburgh defender with a tackle Greenwood made. It made Greenwood feel slighted, so he took to coloring his shoes gold so he would always be noticed—and he made quite a few noticeable plays over his great career.

He led the Steelers six times in sacks, putting up as many as 11 in one season. He also led the NFL with five fumble recoveries in the 1971 season, 14 in his career. He always seemed to be a force in the pass rush of the Steel Curtain. His size, 6’6”, 245 pounds, made him tough to block, and he also had the speed to get around most offensive linemen. His great play in the Steelers’ four Super Bowls earned him a spot on the Super Bowl Silver Anniversary Team in 1991.

People still talk about Greenwood for his shoes. What many don’t know about L.C. was that he believed his spiffy looks on the field were related to his play. “If you look good, you play good,” Greenwood said in NFL Films’ story about the 1979 Steelers, America’s Game. “You gotta have everything in the perfect order. Your shirt gotta be tucked in. I felt if I was clean, I’d play that way.”

And just about every Sunday Greenwood played clean. He likely won’t ever find his way to the Pro Football Hall of Fame—despite being a finalist in 2006—but his fashion sense and gold shoes will forever go down in Steelers history.

The Rooney’s have put out a statement regarding the passing of Greenwood:

L.C. Greenwood was one of the all-time great Steelers and one of the leaders of the legendary “Steel Curtain” defense in the 1970s.

L.C. was one of the most beloved Steelers during the most successful period in team history and he will be missed by the entire organization. He will be forever be remembered for what he meant to the Steelers both on and off the field.

Our thoughts and prayers go out to his entire family.

Tomlin On AP, Bell, Miller And Getting A Win
Steelers Fall To 0-4 Overseas In 34-27 Setback To Vikings