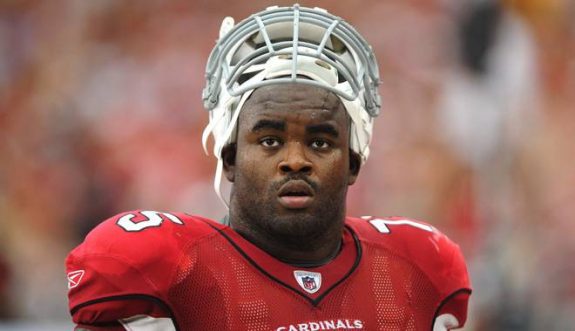 The Levi Brown era for the Steelers didn’t even last a gameday warmup.

The new OL for the Steelers is officially done for the rest of the season, as today the team announced that Brown is being played on Injured Reserve with a triceps injury.

Brown came to the Steelers in a deal back on October 2nd in a deal with the Arizona Cardinals. He had started the first four games of the season with the Cardinals.

Brown wasn’t the only Steeler to have their season end Sunday, as FB/TE David Johnson is also going to have his season cut short as he suffered a wrist injury in the 19-6 win.

Johnson made two starts for the Steelers, catching four passes. He has appeared in 52 games, starting 26, and recording 22 receptions for 216 yards and one touchdown in five seasons with the black and gold.

Free agent tight end Richard Gordon has taken one of the roster spots, and the other was taken by the promotion of cornerback Isaiah Green from the practice squad.

Gordon is in his third NFL season and was drafted by the Raiders out of the University of Miami in the sixth round (181st overall) of the 2011 NFL draft. He appeared in 27 games for Oakland, starting two contests and registering three career receptions, one for a touchdown.

Green is a first-year player who has spent time on Pittsburgh’s active roster and practice squad this season. He was on the Steelers’ 53-man roster during Weeks 3 and 4, but was inactive for both contests.