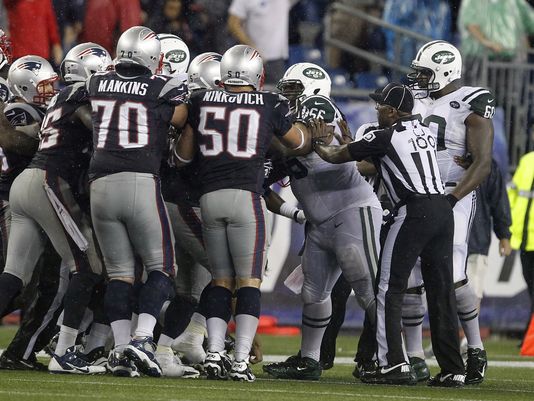 It’s a critical week in the NFL, with plenty of big games, and now here on Steelers Gab, we give you our picks for this weeks games, with our prediction for the Steelers-Ravens coming in our official game preview.

San Diego at Jacksonville – This could be a fun game with a number of points, though the Bolts played tough vs the Colts at home last week. It’s a short week and a cross-country trip for the Chargers, which will make this a closer game than it should be. San Diego 33 Jacksonville 27

Cincinnati at Detroit – The Lions were tough vs the Browns a week ago, and I think they will do enough on defense to hold down Andy Dalton and a Bengals team that was lucky to get out of Buffalo with an OT win last week. They won’t be so lucky this time around. Detroit 27 Cincinnati 17

St.Louis at Carolina – The Panthers got their offense on track last week vs the Giants, and while the Rams beat Houston, I think Cam and the Cats at home will do just enough to get it done with a couple late plays to set up a game-winner. Carolina 19 St.Louis 14

Buffalo at Miami – The Dolphins off the bye have a great edge here vs a Bills team that played well last week but fell to the Bengals. Look for Ryan Tannehill and the Fins to have a big day on offense, while stopping the Bills run game enough to get a win. Miami 23 Buffalo 21

New England at NY Jets – The Pats won the most exciting game of the year last week, and this week the job gets a lot easier with the Jets falling apart after their loss to the Steelers. All Brady, all day, and an easy Pats win in the Meadowlands. New England 30 NY Jets 16

Dallas at Philadelphia – The Eagles will again be without Mike Vick, but it seems like Nick Foles can get the job done vs a Cowboys D that can give up points. The Cowboys seem to be the best team in the NFC East, and look for Tony Romo and company to get the job done in Philly. Dallas 28 Philadelphia 17

Chicago at Washington – If RGIII and the Redskins don’t get on track this week, they won’t, as the Bears defense is beat up and ready to give up a lot of yards and points. Chicago better get ready for a shootout if they want to hang with Griffin and the Redskins. Washington 35 Chicago 27

Tampa Bay at Atlanta – The Falcons need to figure out these issues on offense, but this week will be another tough battle vs the Bucs. Look for Matt Ryan and Atlanta to find a way to get enough points with the defense holding down the challenged Bucs offense. Atlanta 20 Tampa Bay 12

San Francisco at Tennessee – Interesting game here, the Niners have to make sure to hold down Chris Johnson, and if they do that, they will have an easy time with this win. I see Johnson having his best game, but the Niners able to get a late win by three. San Francisco 17 Tennessee 14

Cleveland at Green Bay – The Packers have major injury issues heading into this one, but the Browns are starting their fall after their winning streak. They gave up 24 second half points to the Lions last week, and the Pack offense will do enough to win this one going away late. Green Bay 26 Cleveland 14

Houston at Kansas City – Unreal to think the Chiefs are undefeated, while the Texans are falling apart. Look for the Chiefs to run over the Texans, and whispers of Gary Kubiak getting canned to get a lot louder. Kansas City 23 Houston 7

Denver at Indianapolis – The huge game of the week, with the return of Peyton Manning to Indy, as they will give him a celebration before the game. Once it starts, the fans of the Colts won’t like the outcome with Manning and company rolling to 7-0. Denver 37 Indianapolis 21

Minnesota at NY Giants – The Giants haven’t won a game, which is amazing based on the talent on that team. I think they get the first here in prime time, as the Vikings did nothing last week vs the Panthers to make me think that will change vs the Giants. NY Giants 27 Minnesota 10

Steelers Place OL Brown And TE/FB Johnson On IR
What Can The Steelers Do To Try And Limit Lions WR Calvin Johnson?