Can Spence Make A Difference With The Steelers This Season? 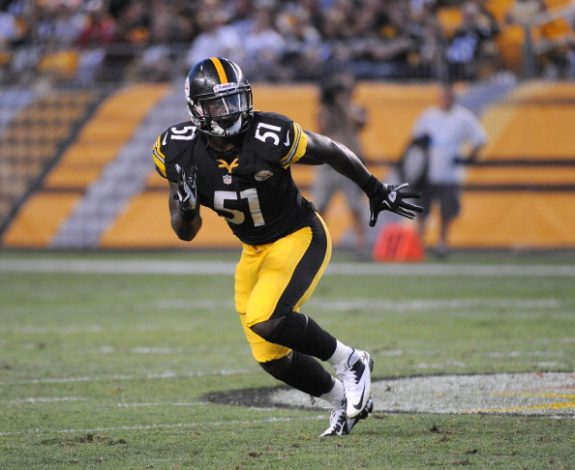 The Steelers and their fans have been excited the last week at the announcement that linebacker Sean Spence is going to be back, practicing and hopefully taking the field shortly for the black and gold.

Spence took the field for the first time today, on a limited basis, making a remarkable comeback after an awful injury that cost him his 2012 season.

Wednesday was the first time that Spence took the field since he tore his ACL in a preseason game against the Carolina Panthers.

If he can comeback, will he have any impact for the Steelers this season? That seems to be the big question for a team and a defense that does need all the help they can get.

Sure last week the team held the Jets to 6 points, but let’s not get ahead of ourselves, the team needs some guys that can step up and make plays.

The hope is eventually Spence can be one of those guys.

“It felt pretty good,” Spence said of his left knee after practice on Wednesday.

Spence was drafted last season in the 3rd round, the 86th overall pick. The team felt that his ability to read and react as well as his diagnosing skills would serve him well in the NFL.

For now, the club has a three-week window before they are forced to make a decision on him. He can be added to the roster any time in that window or the team can shut him down for the year.

Spence appears focused on coming back and making an impact this season.

“Yeah I think I can (play this season),” Spence said, “but I don’t want to look into the future too soon.”