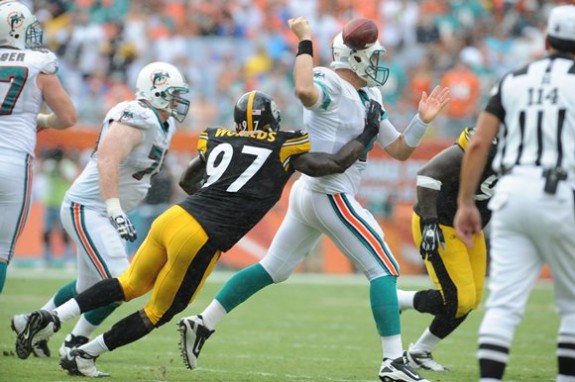 There appears to be a change on the depth chart for the Steelers as they get set for the Patriots this Sunday on the road, and that’s a shift in the right outside LB spot.

Jones has been playing well as of late, and Jones appears to have taken a bit of a step back. I wouldn’t read too much into this, as Jones will still get playing time, but it could be a message to the rookie to make sure he goes 110 percent in practice as well as games each and every week.

Mesko’s Mistakes Enough To Force A Move To Be Made
Todd: Mesko Won’t Be The Punter For Steelers Sunday