Wife Of Former Steelers LB Levon Kirkland Passes Away At 41 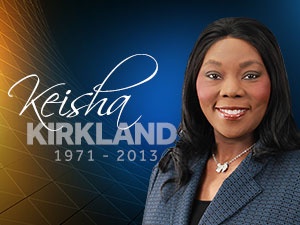 Keisha Kirkland, a former weathercaster at WYFF in Greenville, S.C., and wife of former Steelers linebacker Levon Kirkland, has died of lung cancer. She was 41.

Kirkland, who did not smoke, was diagnosed shortly after she joined WYFF in 2008, according to the station. She continued to work at WYFF while undergoing treatment before finally signing off in May 2013. Here’s more from the station’s obituary:

Keisha, a native of Danville, Ky., attended the University of Louisville. During her senior year of chiropractic school at Life University, Keisha learned she had pituitary macro adenoma. After several brain surgeries, temporary paralysis, and a painstaking recovery, Keisha beat the diagnosis. She earned her Doctor of Chiropractic degree at Life University, graduating with honors in 2000.

Keisha’s husband is former Clemson star and NFL All-Pro linebacker Levon Kirkland. When Keisha was diagnosed, their daughter, Kennedy, was 5.

Thoughts and prayers to the Kirkland family. 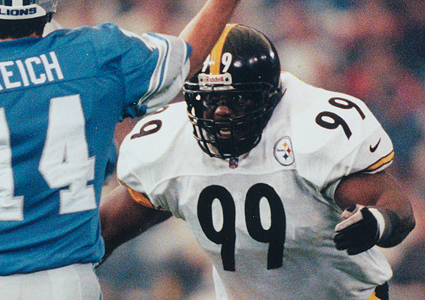 Caption This: Patriots Coach Bill Belichick Gets Set For Halloween
100 Things Every Steelers Fan Should Know Before They Die: Public Enemy #1 – Tom Brady