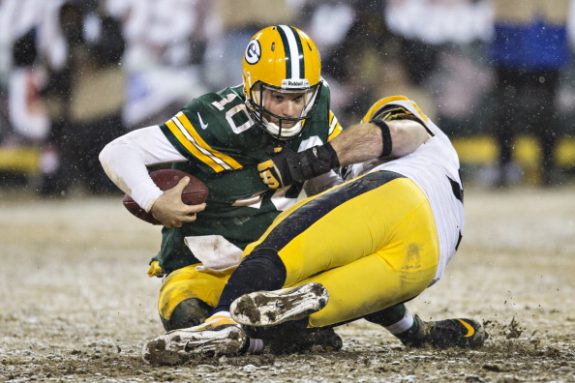 Just like week 16, the Steelers are going to need plenty of help in week 17 to make it to the postseason as the 6th seed and a probable shot at playing Cincinnati in round one.

So just how do the Steelers get to the playoffs? Hold on to your hats, it’s not going to be easy.

1. The Steelers first off have to take care of business at home and beat the dreadful 4-11 Browns, a team they beat with ease a few weeks back in Cleveland. A loss to the Browns and nothing else matters.

2. A Dolphins loss to the Jets in Miami – The Dolphins, a team that beat the Steelers two weeks ago in Pittsburgh, were awful in a 19-0 loss to the Bills in Buffalo Sunday, putting up just over 100 yards of offense. They also lost QB Ryan Tannehill to injury during the loss. Steelers fans have to root for a road win for the Jets.

3. A Ravens loss to the Bengals in Cincinnati – The Bengals, the team the Steelers would probably face if they did make the playoffs, need to beat the Ravens for the Steelers season to continue. Baltimore has a gimpy QB in Joe Flacco right now, and were beaten badly at home by the Pats Sunday, so never say never.

Be there as the Steelers make their last stand for a playoff berth by getting your Pittsburgh Steelers tickets here.

Steelers Overcome Not Only Packers But Awful Officials
Who Is The Steelers MVP This Season?