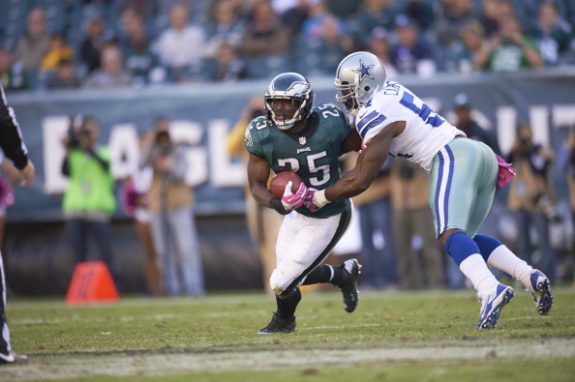 Week 17 of the NFL season is here, and it’s time to give our picks for the all important final week of the regular season of the NFL.

And away we go!

Carolina at Atlanta – The Panthers won their biggest game in year last week vs the Saints, and they won’t falter here as they go on to win the NFC South against the Falcons who are wrapping up an awful season. Carolina 24 Atlanta 10

Baltimore at Cincinnati – Do or die for the Ravens, and the Bengals need the game to keep hope alive of moving up in the AFC seeding. The Bengals lost the first time around, and will do enough to kill the shot of a postseason birth for Flacco and company. Cincinnati 30 Baltimore 17

Houston at Tennessee – The Texans want Penn State coach Bill O’Brien as their next head coach. A big selling point will be the number one pick for the 3-13 Texans. Tennessee 21 Houston 8

Jacksonville at Indianapolis – While the Jags have played much better down the stretch for Gus Bradley, they won’t be able to do enough to win at Indy as the Colts look to go into the playoffs on a high. Indianapolis 27 Jacksonville 10

N.Y. Jets at Miami – The Steelers need the Dolphins to fall here in this home game vs the Jets, who they bested a few weeks back. For a few hours, the pieces will fall into place for the Black and Gold, as New York rises up and Geno Smith leads the Jets to a win to wrap up the year 8-8. NY Jets 17 Miami 13

Detroit at Minnesota – The final game ever at the old Metrodome in Minnesota, and the Vikings won’t have the services of Adrian Peterson, and the Lions should have enough offense to hold the Vikings in check to finish the season at .500. Detroit 29 Minnesota 17

Washington at NY Giants – Eli Manning is set to wrap up a historically bad season, while the Redskins are a complete mess as well. To make matters worse, I could see this awful game actually going into overtime. NY Giants 19 Washington 16

Green Bay at Chicago – It’s put up or shut up for these bitter NFC North rivals, and with the way Jay Cutler has struggled since his return, and with a pumped up Packers team getting Aaron Rodgers back, I see the Pack rising up to make the postseason. Green Bay 34 Chicago 30

Denver at Oakland – The Broncos want to make sure to keep the number one seed in the AFC, while there’s rumblings of a possible return of Jon Gruden to the Raiders this offseason. Even with no Wes Welker, the Broncos have enough for a win here and home field in the playoffs. Denver 35 Oakland 21

Buffalo at New England – The Pats have once again found themselves in a very good position entering the playoffs, and won’t falter at home vs the playing spoiler Bills to lose and hurt their shot at the #2 seed. New England 27 Buffalo 17

Tampa Bay At New Orleans – The Saints are a totally different team at home, which is a major issue for them as this will be their last home game of 2013 as they will be a wild card, and will need 3 road wins to make it to the promise land, which won’t happen. New Orleans 37 Tampa Bay 20

San Francisco at Arizona – How impressive has Bruce Arians and the Cards been in year one of his regime? Very. They will miss the playoffs, but will end the year with 11 wins, which is many more than a lot of experts had them winning this season. Arizona 23 San Francisco 20

Kansas City at San Diego – The hopes of the Steelers making the postseason will end with a win by the Bolts, who will find a way to back door into the playoffs after 1pm losses by the Ravens and Dolphins. The Chiefs have nothing to play for, and they will play like it. San Diego 28 Kansas City 10

St. Louis at Seattle – The Hawks are going to be very angry after a loss last week at home to the Cards, and they will take it out on the Rams as they enter the playoffs with the #1 seed in the NFC and two home games in front of them to get to the Super Bowl. Seattle 24 St.Louis 9

Philadelphia at Dallas – All the chips seem to be pointing to the Eagles winning the NFC East, but I am not convinced that Kyle Orton is ready to let them walk away with a win. Dallas’ D will need to do whatever it takes to stop Nick Foles, but in the end, their D just doesn’t have enough to stop yet another loss with the season on the line for Jason Garrett and the Cowboys. Philadelphia 34 Dallas 27