Dwyer Says He Will Be Slimmer Than Last Year 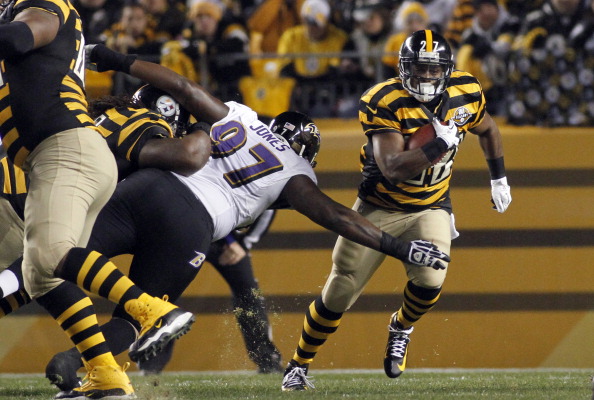 If you can think back to last training camp, a lot of talk was on the amount of weight running back Jonathan Dwyer lost prior to the 2013 season. Dwyer still ended up being released from the team but found himself back on the roster when the Steelers were hurting at running back. Dwyer is now a free agent starting March 11.

The desire of the Steelers’ would be to re-sign the 24-year-old Dwyer, as he supplied the offense with a good second option when Le’Veon Bell needed a breather. Dwyer finished the season with 49 carries, 197 yards, and an average of 4.0 yards a run.

When talking to Dwyer over the last week, Dwyer told me that he was going to be in better shape and even thinner than he was last season. Dwyer and I talked over Twitter.

Dwyer was nice enough to continue tweeting me after and we had a nice conversation. From Steelers Gab, we would like to wish him the best in the future!