Steelers’ Arthur Moats a success in many ways 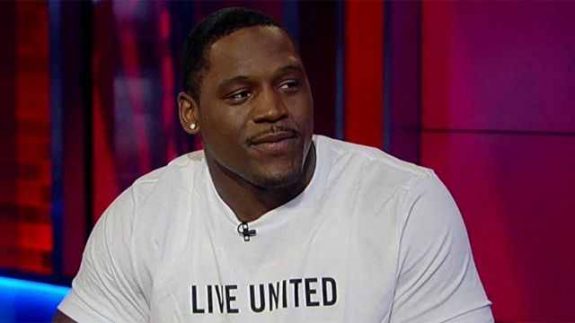 Arthur Moats is a man who understands football, success, and kindness. Moats’ ability to touch lives in more than one way makes him special. From college to the NFL, Moats’ value continues to grow

Moats has proven he knows how to work his way up the ladder. Moats played in every game as a freshman at the University of James Madison under coach Mickey Matthews. When Moats became a full-time starter his Junior season, he made the most of it. Moats’ skills were on full display against Hofstra as he was a force to be reckoned with. Moats recorded ten tackles, (six solo), and two sacks. Moats went on to earn 20 division football championship subdivision awards.

There are two awards that stand out the most. Moats won the 2009 Buck Buchanan award as the most outstanding FCS defensive player. Moats also was also named FCS All-American. With Moats’ twenty awards, he proved he had a major impact on the game of football. “We never had anyone draw attention that Arthur Moats has drawn this season,” Matthews said.

After college Moats was drafted in the sixth round (178th overall) of the 2010 NFL Draft. Early on in Moat’s rookie season, former Buffalo Bills coach Chan Gailey moved Moats from DE to ILB. Playing in the 3-4 defense, Moats proved it was a smart move. Moats showed he had the athleticism to also play OLB. With Moats’ skills he has recorded 141 tackles so far in his NFL career. With his five forced- fumbles, Moats has proven he is a strong tackler

2013 was a great year for Moats. Moats started 13 games in Buffalo at OLB proving even more his ability to play linebacker at a high level. Against the Carolina Panthers, Moats had a career high eight tackles. In December 2013, Moats was awarded the Walter Payton Man of the Year Award by the Bills. Moats earned this award from his work with United Way of Buffalo, helping many children in the area through his charity work. Moats volunteered as a reader and mentor to help educate young people. In December, Moats gave 30 students $300 gift cards to shop at Target – a tradition Moats started himself.

After the 2013 season Moats became a free agent. After meeting with the Steelers, Moats agreed to and signed a one year $795,000 contract on March 24, 2014. Moats already understands the Steelers require the best out of him. “You have to put your time in though” Moats said at Pittsburgh’s OTAs recently. Being the man that Moats is, he will impact the Steelers on the field, and children off the field for sure.

Arthur Moats looking to blend in with Steelers

C.J. Goodwin: Out of obscurity, onto Steelers roster
Trae Flocka: When Music and Steelers Football Mix Together