Trae Flocka: When Music and Steelers Football Mix Together 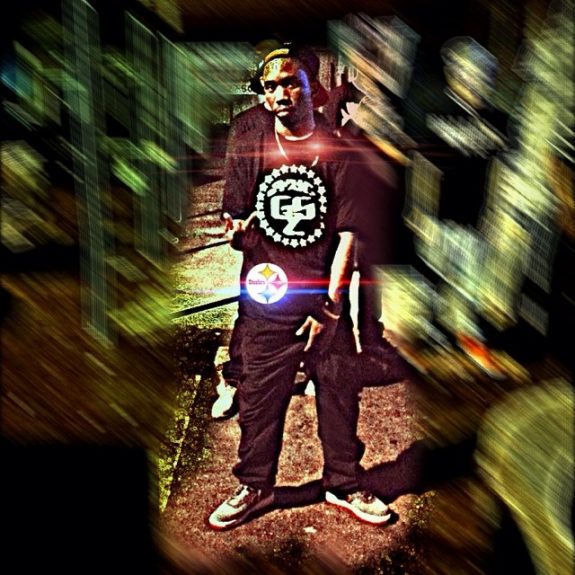 On Wednesday, June 11, Trae Flocka, a well-known rapper and passionate Steelers fan sat down for an interview with me, Robert Smith Jr.,  and Christina Rivers to talk about his music career and his views about the Pittsburgh Steelers.  In the interview, Trae displays his wisdom and sense of humor.

Rivers: Being from Memphis, I can understand the music connection.  How did you become a Steelers fan?

Trae Flocka: It was my dad’s fault. We would sometimes watch the Steelers games on Sundays and that was one of our ways of bonding when I understood what football was.

Rivers:  Steelers fans may not know about the song that you wrote as a Steelers anthem. Can you tell us about that?
Trae Flocka: It’s basically a refresher course for new and old Steelers fans alike. It showcases the history and key moments and players’ history from start until now. “6 rings”.

Smith Jr: What inspired you to become a rapper?
Trae Flocka: My cousins had a group when I was younger and I would try to rap with them, lol.   I just finally got good and the effect music has on people, including me, inspires me.

Rivers: How old were you when you spent time with your Dad watching the Steelers? What Steelers era was it?

Trae Flocka: From 8-9 to now. I was a young buck specifically, lol.

Smith Jr: How many years exactly would you say that you have been a rapper?

Rivers: Trae, what is #gripstarz all about?

Trae Flocka: That’s my label and group I started two years ago.

Smith Jr: Growing in Memphis, Tenn.,  I think it’s safe to say that there are many Titian fans there. What’s it like being a Steelers fan living in a place that is far away from Pittsburgh?

Trae Flocka: Surprisingly and ironically you would think Memphis was another Pittsburgh. IT’S SO MANY STEELER FANS HERE! I check my views daily on YouTube. I have over 20,000+ views and you won’t believe who is in first and who is in fourth place for views. Tennessee is first, Pittsburgh is fourth pushing fifth. California is in second.

Rivers: Are the other members of your group Steelers fans too, or do you have to battle them off about other teams?

Trae Flocka: 2 fellow members in the group rep (the) Steelers.

Smith Jr: How do you feel about the Steelers’ chances of winning a Super Bowl this year?

Rivers: Do you get good reception for your song across Steelers Nation?

Trae Flocka: H.E. DOUBLE HOCKEY STICKS YEA!!! LOL Everyone says my song blows “Black and Yellow” out of the water and surprisingly a lot of Steelers fans I come across and meet everyday say they hate (that song)…they say ‘finally a real Steelers song’. LOL

Smith Jr: Trae, what is your favorite memory as a Steelers fan?

Trae Flocka: My greatest memory and every Steeler fan probably would say the same…it’s the last Steelers drive of the Super Bowl against the Cardinals.  Everyone thought it was over.  Ben (Roethlisberger) puts his helmet (on) and says ‘let’s go to work.’  Last drive, Santonio Holmes with the amazing two-handed tip-toe catch.  Me and my pops went CRAZY, just the excitement of bonding with my dad and watching the excitement we shared with the game winning Super Bowl drive and our reaction – when they cleared if for a touchdown PRICELESS.  Best memory with my dad and Steelers all in one.

Smith Jr: Who do you feel to be the greatest (Steelers) player of all time?

Rivers: Trae, do you think you’ll ever write anymore Steelers-themed songs?  And what do you want to send Steelers Nation as a message overall with your music and personal ideas?

Trae Flocka: Definitely!  When, not if, but WHEN we make it to the Super Bowl this year, I’m going in the studio and making the number 7 anthem and the overall message to my Steelers (fans) and the whole Nation, ‘You have to believe in yourself before someone else will’.

Trae Flocka says that Roethlisberger and Troy Polamalu are his breakout players this season.

Trae Flocka: Oh, and put this in for a little comedy.  When I was younger, I always thought you had to rep whatever team that was your home team, lol, so I would always wonder why pops would root for (the) Steelers when they played the Oilers/Titans.

Want to hear Trae Flocka’s Steelers anthem, check out his video below!