Chris Carter: Putting It All Together 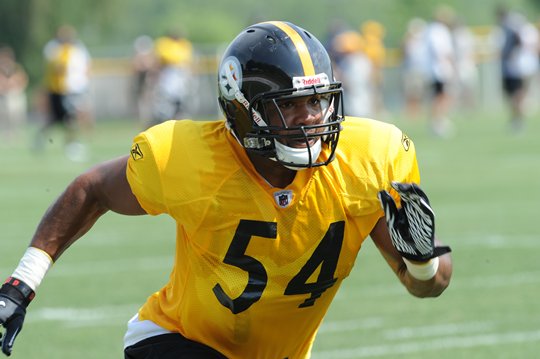 Chris Carter will be entering his fourth season with the Pittsburgh Steelers. It could be a breakout season for Carter. With increased competition, Carter must take his game to another level. Carter has improved very much heading into training camp. Carter is expected to make more contributions on defense this year according to the Pittsburgh Gazette. Carter being the backup outside linebacker the past three seasons needs to make that big step to make the team this year. He faces competition at linebacker like never before. With two career starts, Carter is definitely looking for more. The competition is a rising rookie and savvy veteran.

Linebacker Jordan Zumwalt has impressed very quickly as a rookie. “He already knows the defense,” Steelers linebackers coach Keith Butler said. Knowing the defense already doesn’t necessarily give Carter the veteran advantage. Carter will need to display his pass-rushing ability as he did at The University of Fresno State.  He recorded double-digit sacks in the 2010-2011 season (collegiately).

Another linebacker Carter must compete with is Arthur Moats. Moats is very similar to Carter being that they both played DE in college. Both have made the successful transition to outside linebacker.  Both have much to gain even if they are not projected to start. Both are also fighting for a roster spot.

Carter has size, great history and experience to make a major impact this season. With Carter impressing his coaches in mini camp he is on the right track. For Carter it comes down to staying healthy and pushing himself and his competition as far as possible.

Between the Hashmarks: Burning questions heading into training camp
Steelers’ Steve McLendon The Man In The Middle