Jawan Jamison: The Longshot Looking To Make A Quick Impact With The Steelers 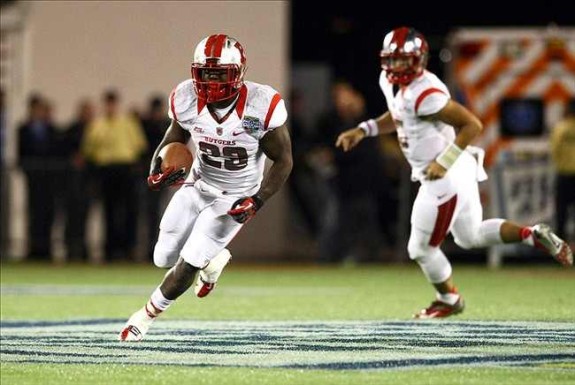 Jawan Jamison faces a huge challenge trying to make The Pittsburgh Steelers roster. Making the most of limited chances will be crucial for him. This training camp and preseason Jamison, a Rutgers standout at running back that was cut by the Washington Redskins, must outperform expectations.

When thinking about free agent players that are invited to camp in a walk-on type of situation making the team, the chances are usually slim. However players like James Harrison and Will Parker come to mind. Jamison had an outstanding 2-year career at the University of Rutgers. Also, the fact that he was drafted by running back specialist Mike Shanahan speaks volumes to his ability. At 5’7, 203 pounds, Jamison is not the biggest back,  but the game has changed. Jamison clearly has potential as a 3rd-down back and special teams player. Jamison, though, has serious competition

Jamison would rarely be used on short yardage and goal line situations – largely because of Le’Veon Bell and LeGarrette Blount – both big and physical running backs. As of now Jamison has not proven much at the NFL level to bring a ton of positive attention his way. Jamison also does not have the speed to match that of rookie and training camp sensation Dri Archer. In order to see Jamison suit up week one versus the Cleveland Browns he must have four awesome preseason games. The margin for error for Jamison is very small. But, if Jamison can bring out the player from his Rutgers days, he will be on a NFL roster. Hopefully the Pittsburgh Steelers’ roster.