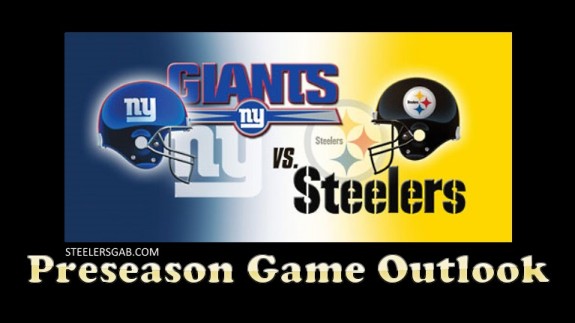 The Pittsburgh Steelers and New York Giants square off this Saturday. It will be a game in which over 100 players will see extensive playing time. This game is key for backups and those trying to keep their starting positions.

Steelers Offense vs The Giants Defense:

The first team most likely will play 2 drives. The Steelers offense has potential for high-scoring games this year with Le’Veon Bell, LeGarrette Blount, Dri Archer, Antonio Brown, Heath Miller and Markus Wheaton. This game will be crucial for Markus Wheaton as he aims to prove why he is projected to start at receiver opposite Brown, especially against the New York Giants secondary. Another key matchup will be Dri Archer vs the New York Giants’ front seven. Archer possess great speed but must show the toughness and awareness against the first NFL defense he goes up against. It will be interesting to see the match-up between left tackle Kelvin Beachum and the Giants’ Jason Pierre Paul, one of the most athletic and premier pass-rushers in the league.

Giants Offense vs The Steelers Defense:

The Giants’ first team will likely play one to two drives. Eli Manning will be looking to improve from his first pre- season game. With David Wilson‘s career over due to a serious neck injury, the Giants will be trying multiple running backs, including Rashad Jennings and Andre Williams.  Steelers rookie linebacker Ryan Shazier will be starting his first career game and will be tested to show his sideline-to-sideline ability. The Steelers’ second team defense will see a lot of quarterback Ryan Nassib as he aims to prove he is the top backup behind Manning. The Steelers are intrigued by young defensive tackle Daniel Mccullers. The 6’6″, 352 pound defensive tackle has had an impressive training camp with the Steelers so far and will be looking to build on that momentum. 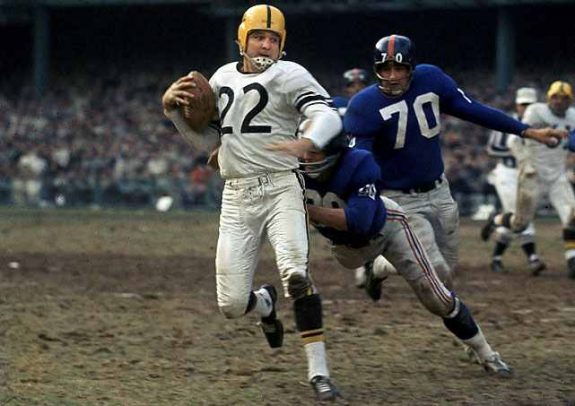 This game comes down to which team’s second and third teams perform the best.  In the end, I believe the play of Steelers backup quarterback Bruce Gradkowski on the second team offense will be enough to lift the Pittsburgh Steelers to victory.

Jawan Jamison: The Longshot Looking To Make A Quick Impact With The Steelers
Conflicting reports on Steelers WR Bryant’s readiness against Giants