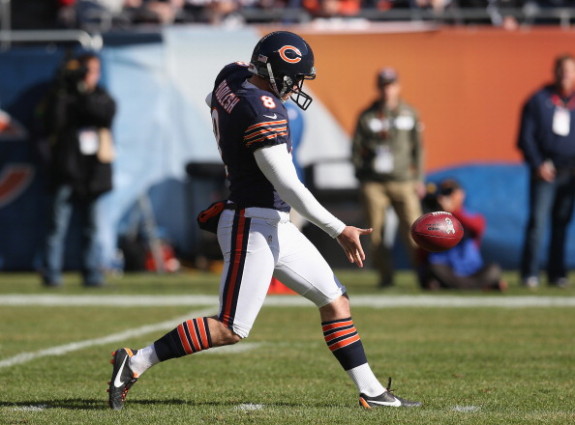 The Steelers may have to go out and grab one if not two punters, as Adam Podlesh has been placed on the reserve/did not report list.

The veteran punter is gone to be with his wife, who had a “difficult” pregnancy according to Ed Bouchette of the Pittsburgh Post-Gazette.

The club put out a statement regarding the situation with Podlesh. “Adam has decided not to report to Training Camp at this time due to family obligations,” Steelers GM Kevin Colbert said in the statement.

Right now Brad Wing, who punted Saturday and had 6 punts for 219 yards, a 36.5 yard per punt average, is the only punter on the roster, and that likely will change at some point.

Don’t be surprised to see the team bring someone in if Podlesh continues to stay with his wife. Podlesh signed a one-year, $855,000 contract with the Steelers in May after spending the last three seasons with the Bears.