The Quest For Improvement Game 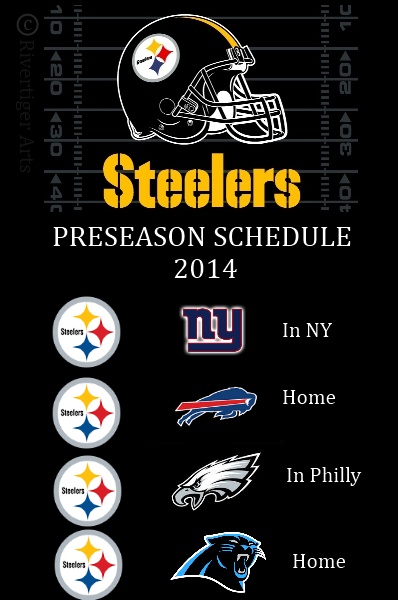 The Buffalo Bills have been a interesting team to watch this off season. Along with rookie wide receiver Sammy Watkins and Quarterback E.J.Manuel, the Buffalo Bills are looking to break their playoff curse. Understanding they must take steps along the way and one of those are The Pittsburgh Steelers.

This upcoming game is a game of match ups and chemistry building. Watkins and Robert Woods will be looking to connect on multiple passes from Manuel. The Pittsburgh Steelers secondary will be looking to contain Watkins,Woods from getting into a rhythm with Manuel. Last week against the New York Giants The Pittsburgh Steelers defense blitzed many times and will be looking to do the same this week. The first team offense for the Pittsburgh Steelers did not run the ball much. Le’Veon Bell is expected to recieve more work this game.Very crucial for the Pittsburgh Steelers this week will be how effective their second team offense is this week. Last week backup quarterback Bruce Gradkowski completed over half of his,passes but the second team offense did not score something the coaching staff was not pleased with. Wide receivers such as Lance Moore, Markus Wheaton, Justin Brown,Derrick Moye, Darrius Heyward-Bey will be looking to show the coaching staff they are worthy moving up the depth chart. The Pittsburgh,Steelers first offensive line will receive it’s first real test of the pre season against the Buffalo Bills,first team front seven led by OLB/DE Mario Williams,defensive tackles Marcel Darus,and Kyle Williams,also inside linebacker Brandon Spikes. The Bills are still currently searching to replace linebacker Kiko Alonso out for the season due to injury.

On defense last week The Pittsburgh Steelers first team defense have up a 73 yard touchdown run. Head Coach Mike Tomlin will be looking for more consistency playing the run against Buffalo Bills running backs Fred Jackson,and C.J. Spiller. Also for the first time this pre season the Pittsburgh Steelers defense must defend a quarterback who is a threat to run which is Manuel. The second team defense of the,Pittsburgh Steelers must prepare against quarterback Jeff Tuel who has impressive skills in the west coast system. Rookie linebacker plans to play Saturday,a,big plus as,the rookie has been impressive this training camp this far. Now he must translate that momentum onto the field.

Special Teams this week could be boom or bust .There two intriguing players to watch. Buffalo Bills wide receiver Marquise Goodwin who runs a 4.27 in the dirty yard dash. Also Pittsburgh Steelers,running back Dri Archer who runs a 4.26 in the forty yard dash. Neither had shown much this preseason largely in part because a serious effort is made to keep the ball away from them.

Injury Report: Matt Spaeth,Vince Williams, Jarvis Jones, Ramon Foster sat out of practice Wednesday and all are questionable for this Saturday’s game.