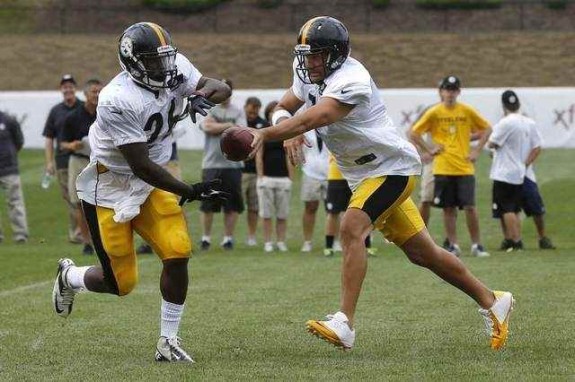 It is highly likely the Pittsburgh Steelers will be without starting running back Le’Veon Bell and backup LeGarrett Blount Thursday versus the Philadelphia Eagles.  On Wednesday afternoon, Colin Dunlap of CBS Pittsburgh (KDKA) reported that Bell and Blount and an unidentified female were pulled over by Ross Township Police around 1:30 p.m.

Allegedly, during the traffic stop, law enforcement discovered that Bell, who was driving a black Camaro, was impaired.  Bell was charged with DUI as well as marijuana possession.  Blount and the unidentified female were also charged for possession of marijuana.

Blount and Bell had 20 grams of marijuana…were in black Camaro. Unidentified female with two — also charged. All three “cooperative”

No comment has become available from the Ross Township Police Department since the incident was originally reported.

Steelers vs Eagles: The Key Game For Both Teams
Bruce Gradkowski is the Steelers Gab Player of The Week