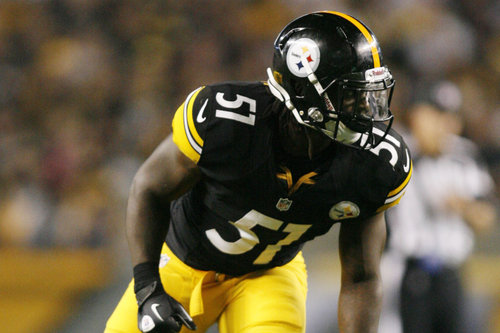 The Pittsburgh Steelers were encouraged when linebacker Sean Spence was able to come back from a potentially career-ending knee injury received against the Carolina Panthers in the Steelers’ fourth preseason game in 2012.  Spence was a rookie trying to make the Steelers roster.  The result of the injury: a torn MCL, ACL and PCL in his left knee that needed surgical repair and along stint of rehab.  Spence came away as an incredible example of hard work and true dedication.

Against the Philadelphia Eagles in preseason week three, Spence went down again.  This time the young man who had come so far injured his right knee. Gerry Dulac posted an injury update that Sean Spence will not require surgery.

Sean Spence, who sprained PCL in right knee vs Eagles, does not need surgery and should be OK

The Steelers are thin at the linebacker position this season.  Spence was competing to take a top roster spot against teammates Vince Williams and Terence Garvin.

While it is likely that Spence will not play on Thursday night against the Carolina Panthers – eerily the second-year anniversary of his left knee injury – the Steelers will move Williams and Garvin around to help bolster a defense that has struggled off and on the entire 2014 NFL preseason.

Bruce Gradkowski is the Steelers Gab Player of The Week
Steelers Gab Black & Gold Links of the Week: 8-25-2014