The End Of A Great Career 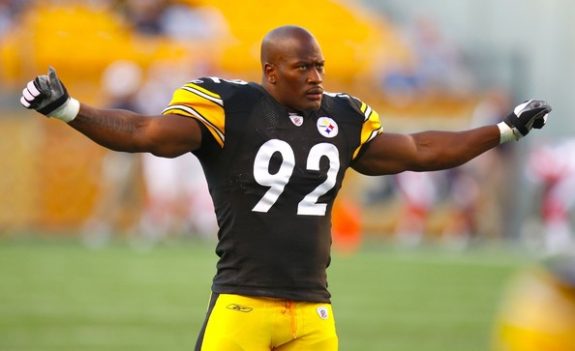 James Harrison recently retired from the NFL. Harrison career didn’t end the way he hoped it would but during his prime he was one of the best in the game. Through injuries, releases, and playing behind others Harrison never gave up. Making him a winner, in much more than football.

Many die hard Pittsburgh Steelers fans knew who James Harrison was before he became a starter. After Joey Porter was released Harrison became the starter,and for the next five years brought a toughness and physicality that few if any could match.

His coming out game was a Monday night game against the Baltimore Ravens. On that magical night he had 3 sacks and a memorable explosive hit on star safety Ed Reed on special teams. Harrison was a five time Pro Bowl selection and in 2008 was the NFL Defensive Players of the Year.

Harrison went on to record 647 tackles to go along with 66 sacks, and 6 interceptions. He will be remembered for his bone crushing hits as well as his big plays.

He will also go down as someone never afraid to use his boldness to speak his mind. In my eyes Harrison is no doubt a Hall of Fame player because he dominated in a era that was mostly about offense.