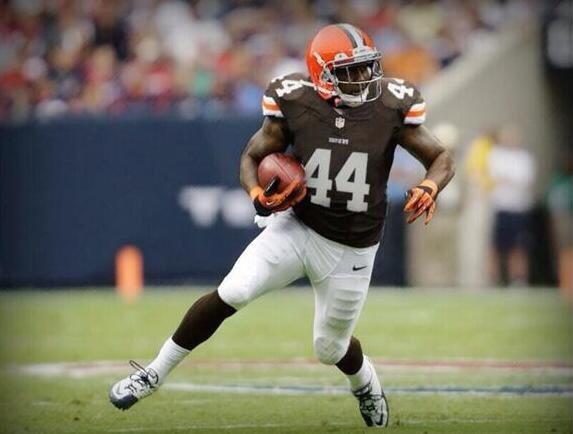 Ahead of the Week One matchup between the Pittsburgh Steelers and the Cleveland Browns on “Chuck Noll Day” at Heinz Field on Sunday, we went around the league to find out the answers to three questions about the Browns and their preparation, mentality and game plan.

Question One:  Will Johnny Manziel make an appearance in the game?

The general consensus among insiders around except from the mouths of  the Browns organization itself is ‘yes’.  Head Coach Mike Tomlin and defensive coordinator Dick LeBeau anticipated it weeks ago.  According to Scott Brown on the Cleveland Browns Blog on ESPN.com, “Manziel, a ballyhooed rookie, did not unseat (Brian) Hoyer as the Browns’ starter during the preseason, and both struggled at times during the heavily scrutinized quarterback competition.”  Perhaps Cleveland head coach Mike Pettine doesn’t want to show his hand, but the Browns aren’t fooling many into thinking that Manziel will not at least play a minor role in the game.  Steelers fans highly anticipate just such an event.

Question Two:  How big of an impact will Ben Tate have in the Browns offense on Sunday?

Browns left tackle Joe Thomas feels that Tate has “taken on the role of being the starting running back and run with it.”  Thomas continued: “From day one, he was clearly a guy that understood the offense the most, that was expecting the ball, was making the least amount of mistakes, the most amount of nice runs.”

Side note: Tate was nearly the only functional cog on the Browns offensive wheel against the Detroit Lions and Washington Redskins in preseason.

Question Three:  Can Pettine make the Browns competitive against the Steelers?

Mike Pettine has a football pedigree.  His father, Mike Sr., was an out standing high school coach in Pennsylvania at Central Bucks High School West where the younger played quarterback and defensive back. In college, Pettine moved to the defensive backfield exclusively.

Pettine first tested NFL waters with the Ravens (2001) and then moved with Rex Ryan to the Jets  where he received most of the accolades for the success of the 2009 defense.  Then Pettine traveled to the Bills and metriculated to Cleveland as a first-year head coach for 2014.

Pettine grew up surrounded by Steelers fans and Steelers football, so he may believe he has a feel for the way they play. While Pettine has spent much of his focus on defense, his transition to success as a head coach is untested. He led the Browns team he inherited and then helped shape during the draft and off season to a single win in preseason.  He watched as his highly-touted first round draft pick in Manziel failed to impress in any immediate fashion.  His team has yet to beat the Steelers in a game at Heinz Field – the franchise has never fared well in Pittsburgh.

Pettine has a learning curve as all first-year head coaches do. Whether he is really ready remains to be seen.  Pettine will definitely not balk or back down from the challenge or he never would have taken the job.

Can Pettite create a Cleveland Browns Week One victory? Not without a lot more help than he’s had from players thus far.

The End Of A Great Career
SteelersGab: 2014 NFC West Predictions